Skip to content
For those of you in CA that have not taken the Swansea to Cerro Gordo Trail you have missed one of the most scenic trails in CA. The trail begins about 10 miles east of Lone Pine CA along the north shore of Owens Dry Lake at what used to be the community of Swansea. Now only 1 house on the north side of the Hwy. The trail is relatively easy with only a couple of obstacles that might challenge stock 4x4s but it is steep as it climbs from about 4000 ft. elev. to about 9000 ft. . At the top of the Inyo Mtn. range it proceeds south east for several miles along the way passing the amazing remains of an old tram that hauled salt for 16 miles from the Saline Valley up and over the Inyo Mts to Owens Lake where it was loaded on steam ships to travel across the lake to the town of Cartego. After you pass the Salt Tram Transfer Station and the rebuilt crew quarters you proceed to the well preserved Ghost Town of Cerro Gordo. The town is privately owned and there is a resident caretaker to prevent vandalism and theft of hundreds of mining artifacts left from when the town had thousands of residents and some of the most productive silver/lead mines in the country. The caretaker will allow access to the remaining buildings, including the American Hotel for a small donation. Robert, the caretaker, has lots of information about the towns history from the mid- 1800s to the mid-1900s .
Roger Mullins
JustRuns 4 WD Club
Cerro Gordo Tours by Appointment. 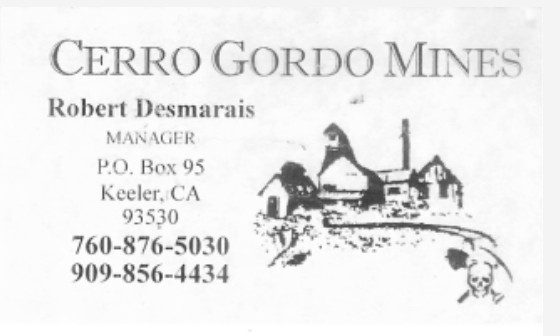 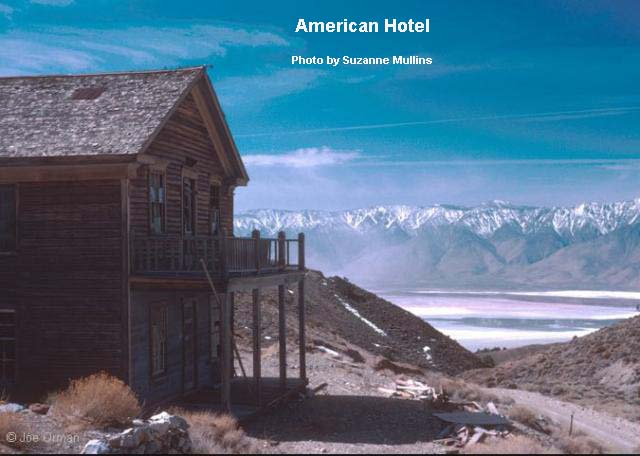 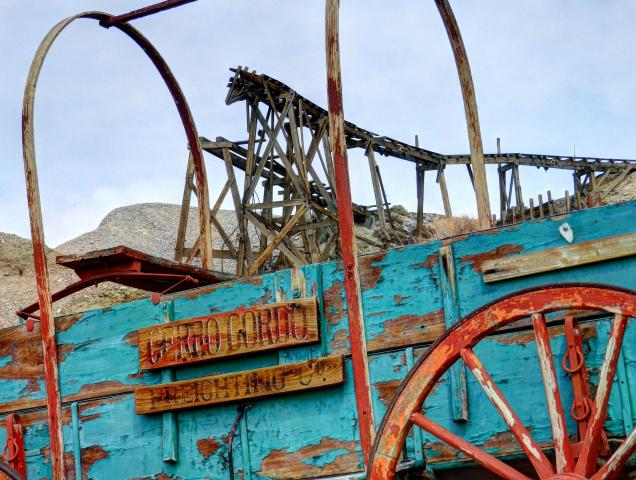 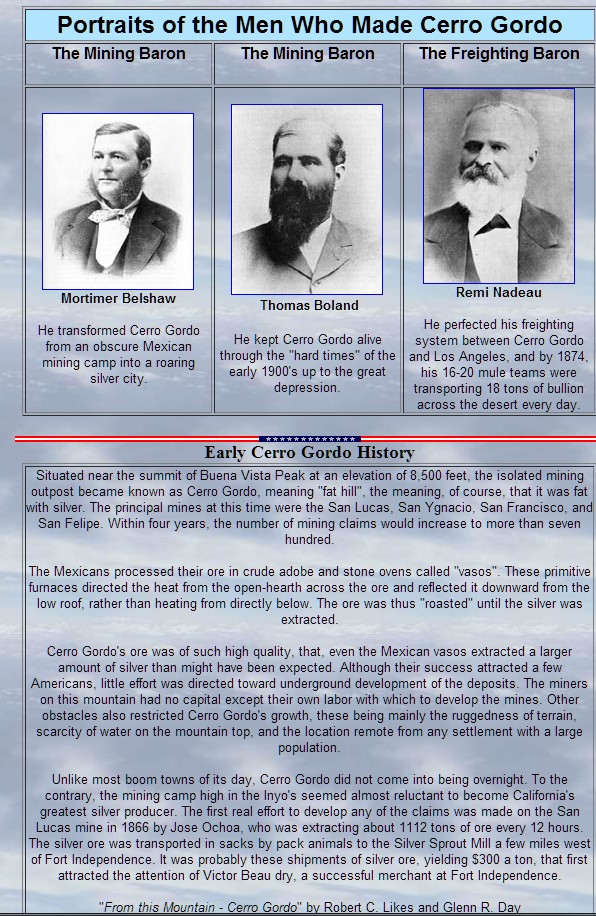 More Photos  Most from Cerro Gordo, some from Bodie State Park.