This is a fun trail. It is near Dulzura. It is in BLM land adjacent to the Otay Mountain Wilderness. 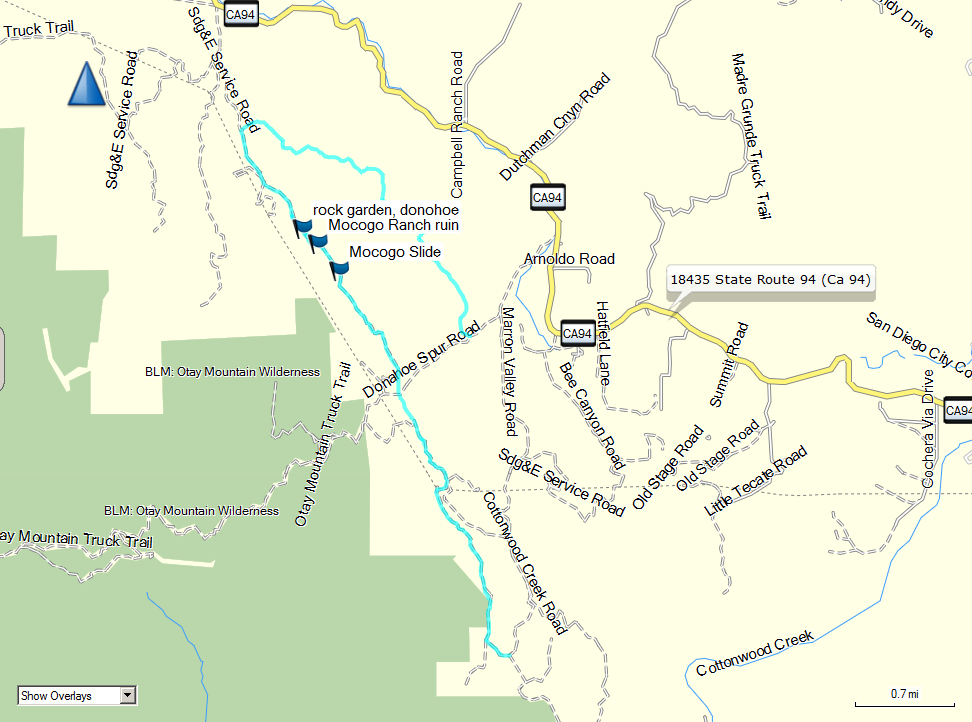 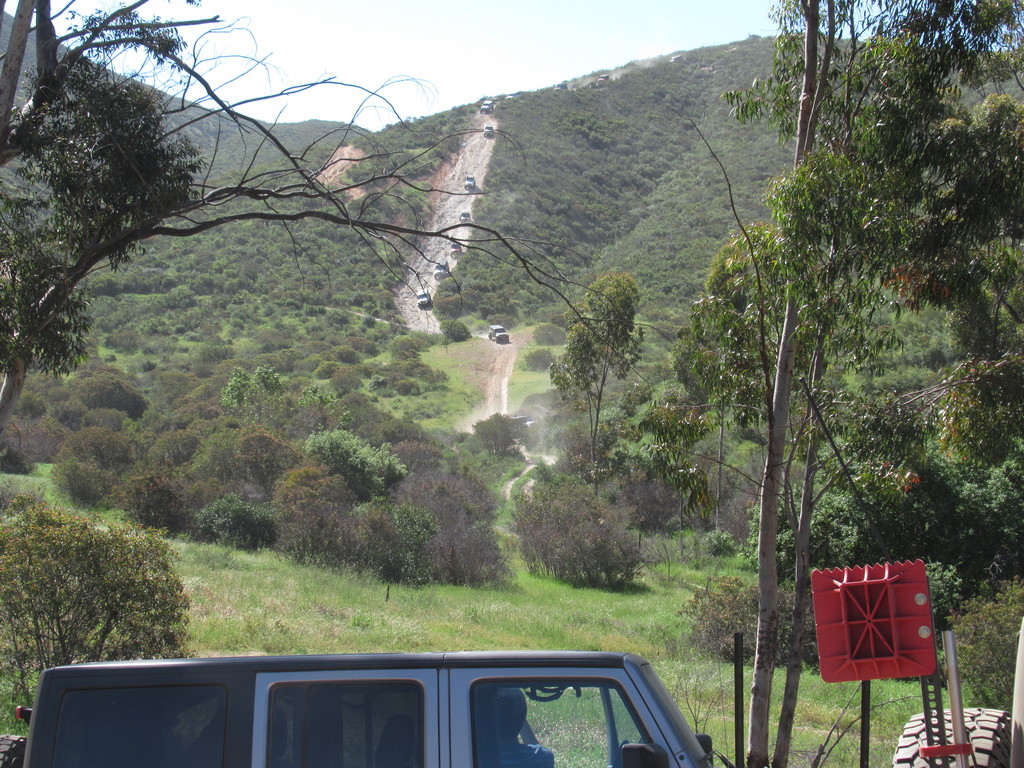 The group coming down the Mocogo Slide. 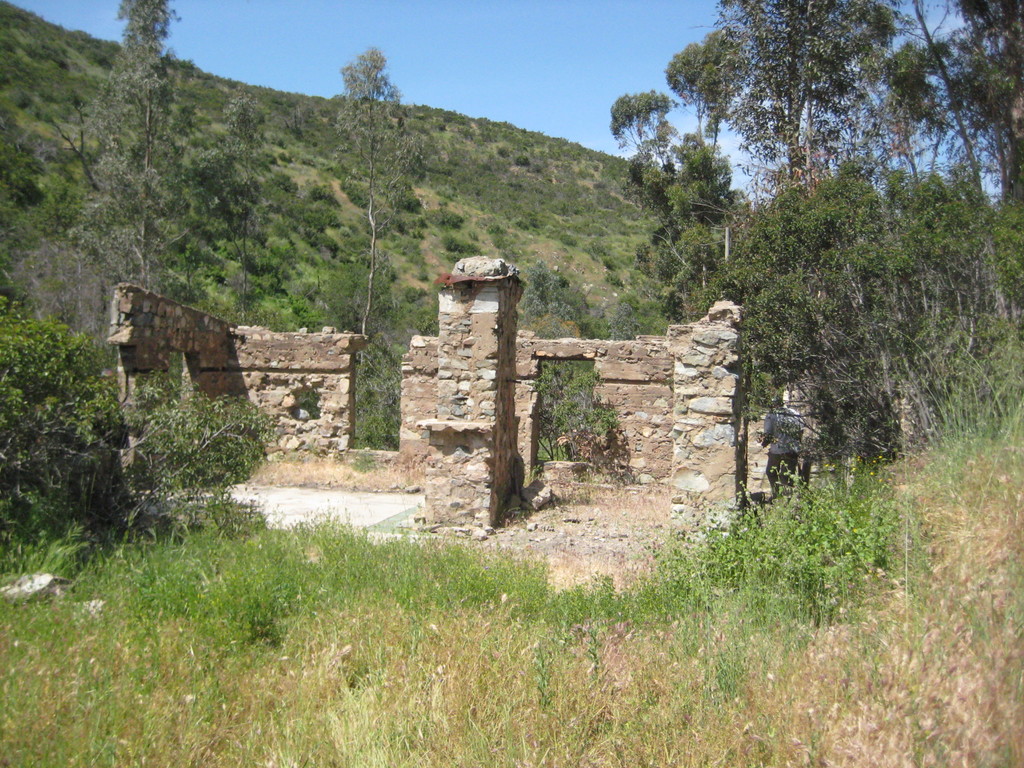 Ruin of the Rancho Mocogo house.  Built by Peter Wesson Morse in 1928. 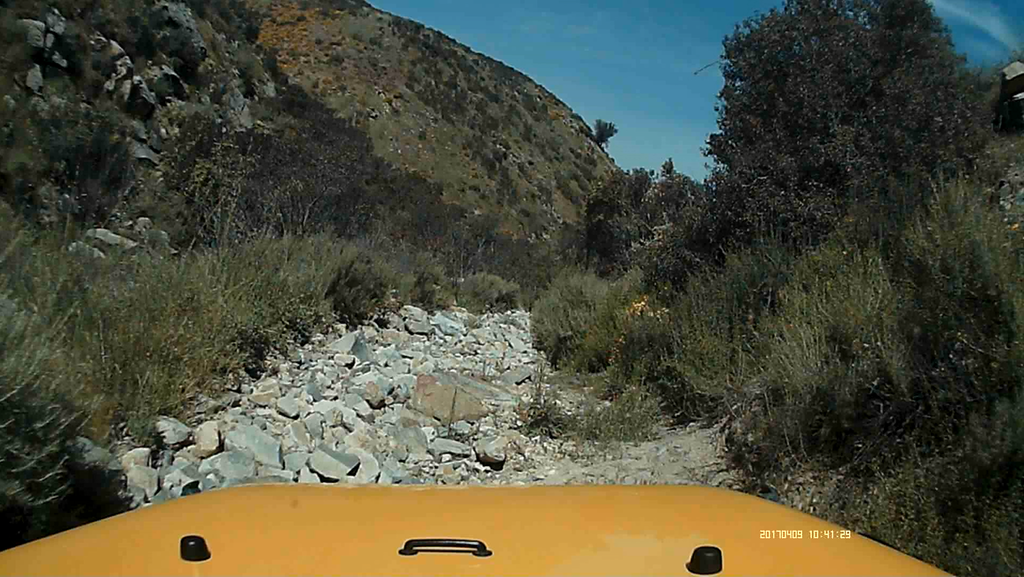 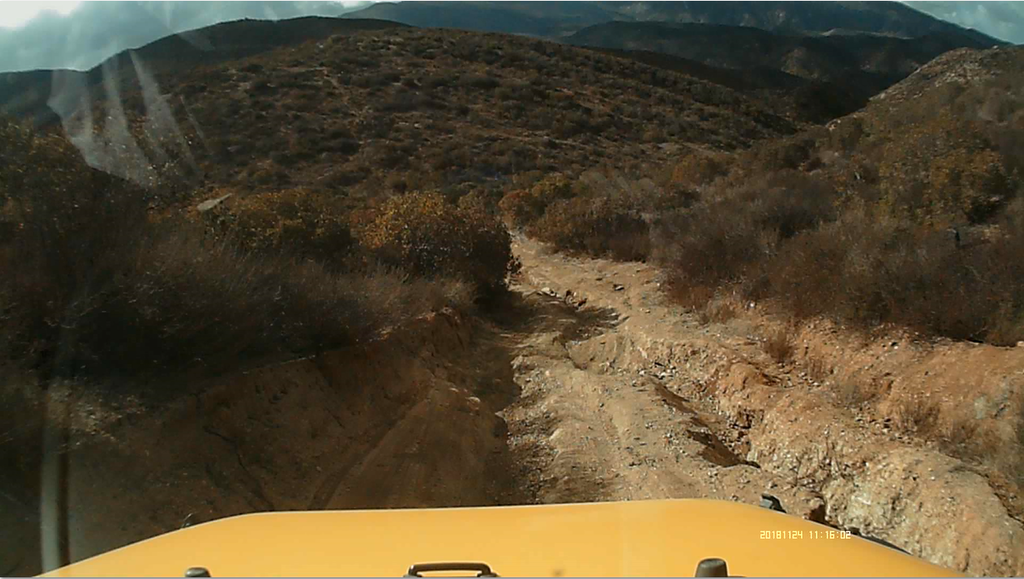 I found this bit of history about the Rancho Mocogo:

“My family lived at Rancho Mocogo in the early 1950’s. We rented one of the buildings from the Golay family who were owners of this beautiful little ‘settlement’ at the time. There were several buildings used for vacationing relatives. Two were of rock with an outside bathroom with shower and dutch toilet. Another of the rock building was a two bedroom with an adjoining fireplace. Our house was wood, no electricity, gas stove. The four of us kids shared a small bunk house up the hill from the wooden house. Our family utilized an outhouse on the hill. Water came from a well. We attended Dulzura school for the two years we lived there. My Dad worked at Rohr Aircraft in Chula Vista. We were the Barbee family, Milton, Laura, Vivian and Dennis. Our parents were Grace and Milton (Smitty). I heard a few years ago that it was burned out and only the rocks stand. I was also warned that it is dangerous to travel back in the canyon due to drug smugglers. So sad to hear. I have some photos of the place but will have to locate them.”  – June, 2014

April 5, 2021 – I found some more information on Rancho Mocogo. It is from the South Bay Historical Society. http://www.sohosandiego.org/resources/24southbayhsb.pdf  Apparently the name “Mocogo” comes from the names of Peter Wesson Morse and his two sons-in-law, John Covert and Hubert Golay. I don’t see any copyright on the article so I think it is OK to quote it here.

“Rancho Mocogo was located in Sycamore Canyon about one-half mile west of Donohoe Mountain. It began as the homestead of John and Inez Z. McCann in 1903. The farm was passed to their daughter, Inez M. McCann who married Dan Marron, one of the 12 children of Juan and Matilda Marron. Dan and Inez had only one child, a boy who died at the age of 13. Part of the homestead was sold to real estate broker Peter Wesson Morse, a partner in the Union Investment Co. of San Diego with Fred Downs of Otay. Morse was a pioneer lemon rancher in Chula Vista in 1889 and a store owner on Sixth St. in San Diego. In 1928 he built a stone cabin in Sycamore Canyon that became his country home called Rancho Mocogo. After his death in 1936, the ranch passed to his two daughters. Bessie [had] married Hubert Golay, and Evelyn [had] married John  Covert.  The cabin burned in a fire and the property is now part of the open space maintained by the Bureau of Land management.”

The article references the book “Pioneering in Dulzura” by Dorothy Clark Schmid.