Corral Canyon OHV Park is located in Cleveland National Forest in San Diego’s East County near the community of Lake Morena.  There are a number of trails in Corral Canyon for both 4x4s and dirt bikes. Many are at the higher end of the difficulty scale. The loop described here is more moderate. The loop is an outsider circle around all the trails. It includes Corte Madera Road, Espinosa Trail, Los Pinos Road. Most of it is at the 1+ level. It gets a little more interesting on the east-west section on the north end of the loop. There is one place, “the tricky spot” N32.74986° W116.58719°, where many people needed lockers in the past.  I’d say that one spot is a level 3. We had to give a couple people a little tug on our 1/29/22 run.

The southern half of that loop is pretty tame, level 1 to 1+. A lot of people cut it off by taking the trail shown in blue below. Depending on how many are in your group and the conditions at the “tricky spot” (northern half) you can spend a fair amount of time getting up it. With a group of 15 I think we spent about an hour and a half there. 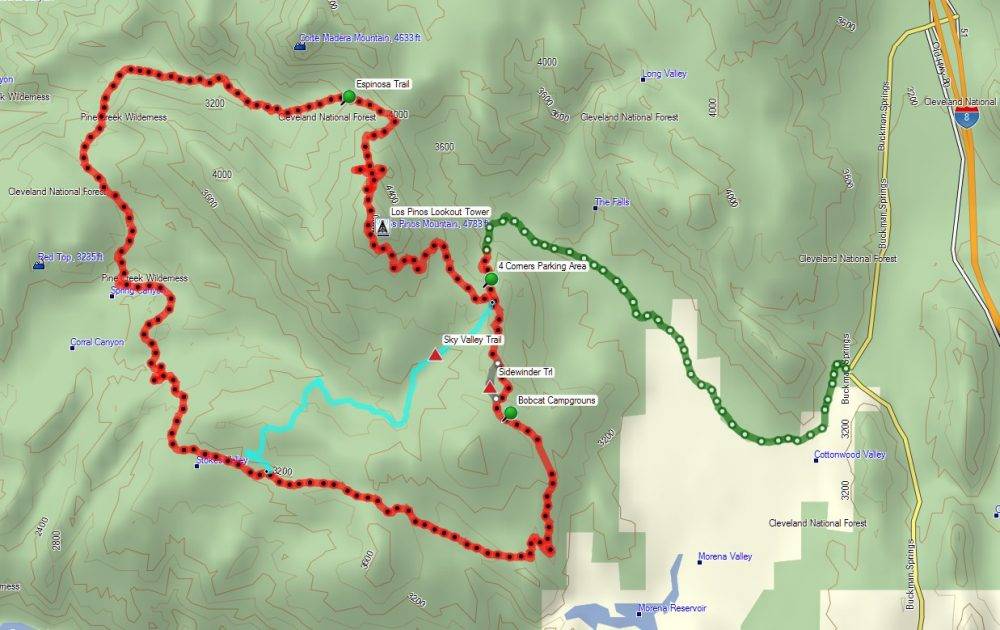 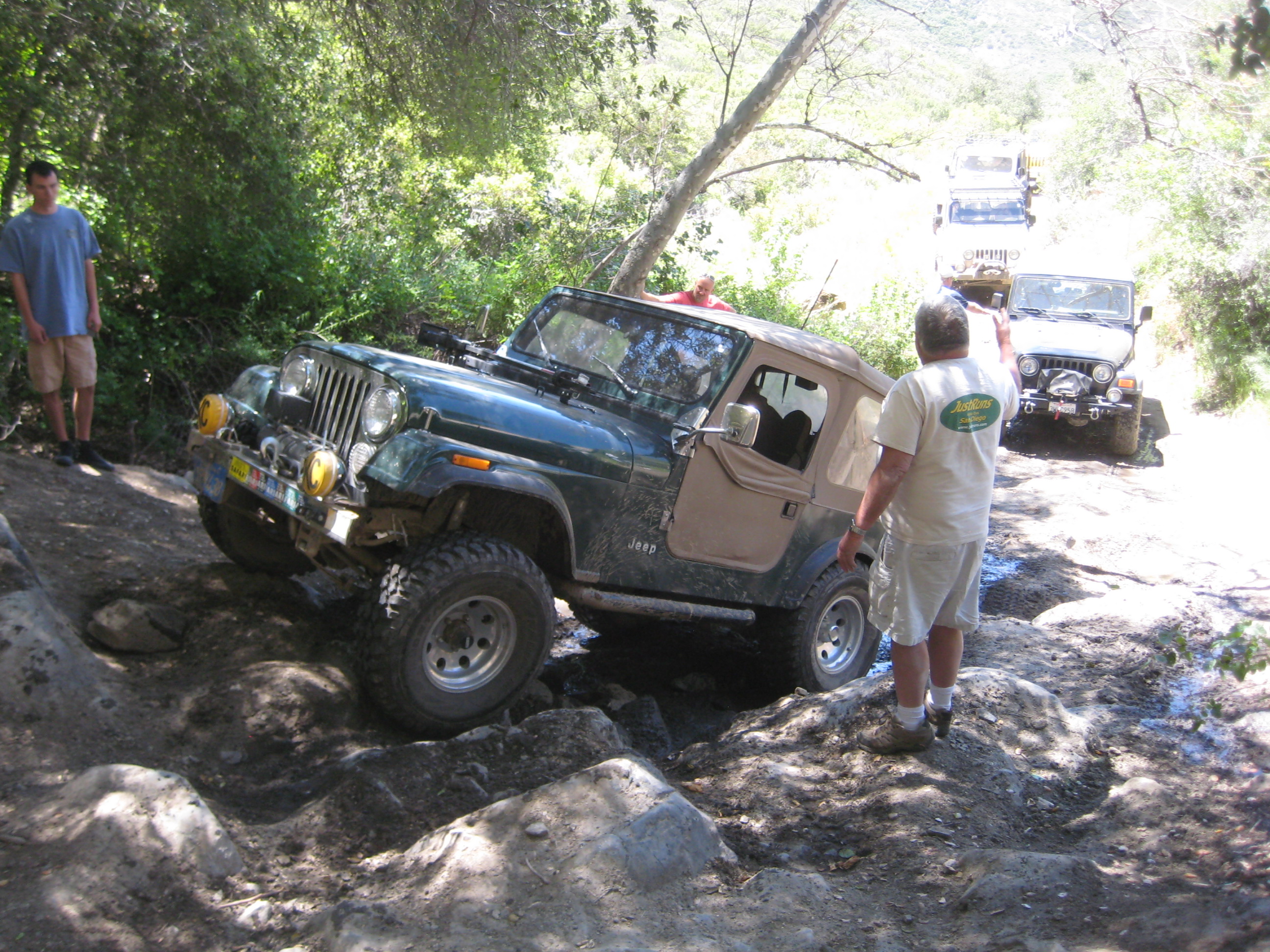 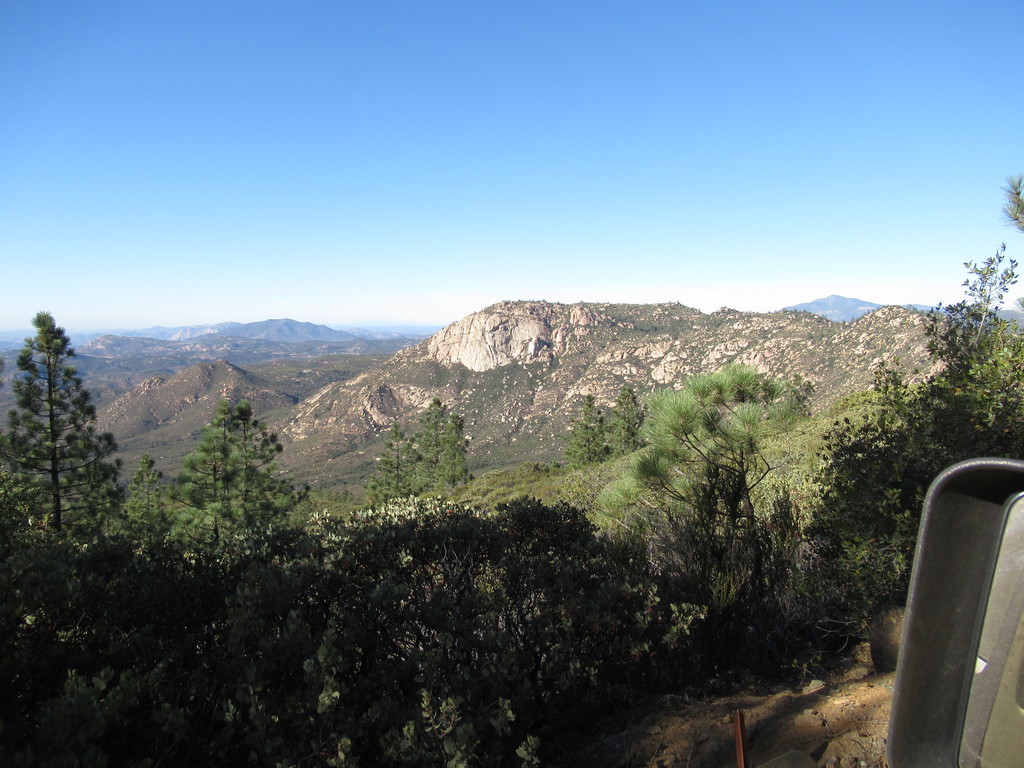