The trail is  rated as a 1+ for most of its length except for 3 obstacles in the middle that are a 2+ with high fear factor and which have no by-passes.  The first obstacle is “The Squeeze”.  Here the trial squeezes between large boulders on each side as it drops about 8 feet in about 15 ft distance.  Full Size vehicles will not fit through without major damage to both sides if at all possible.  Wide vehicles like Toyota FJs and Jeep JKUs risk side damage if not for carefully spotting and rock stacking.  The next obstacle is “Broken Window Notch”.  In this obstacle one climbs, off camber between a steep hill on one side and a large rock on the other.  Unless one uses care the left rear window or corner of a top will be damaged.  Just past broken window one climbs a steep hill with some rocks.  About 1/2 mile later you come to “Heart Attack Hill”.   This hill drops steeply about 100 feet.  There are two routes down Heart Attack Hill.

The route on the left going down is probably the safest because at the top you have walls on each side of the trail.  However there is a drop of approximately 5 ft right at the top.  It is important to be in 4WD LOW and your lowest gear going down.  It is also important to avoid using your brakes abruptly.  You do not want to lock up your tires because the surface of the hill is like ball bearings.  You can slide and lose control if you wheels lock up.

The route on the right is open so you have little protection.  This route is also very slippery from DG on a rock face so be in 4 low and low gears and avoid using brakes abruptly.  The key to this route is to ALWAYS POINT DOWN HILL.  Do not get sideways on this hill or you risk rolling to the bottom. 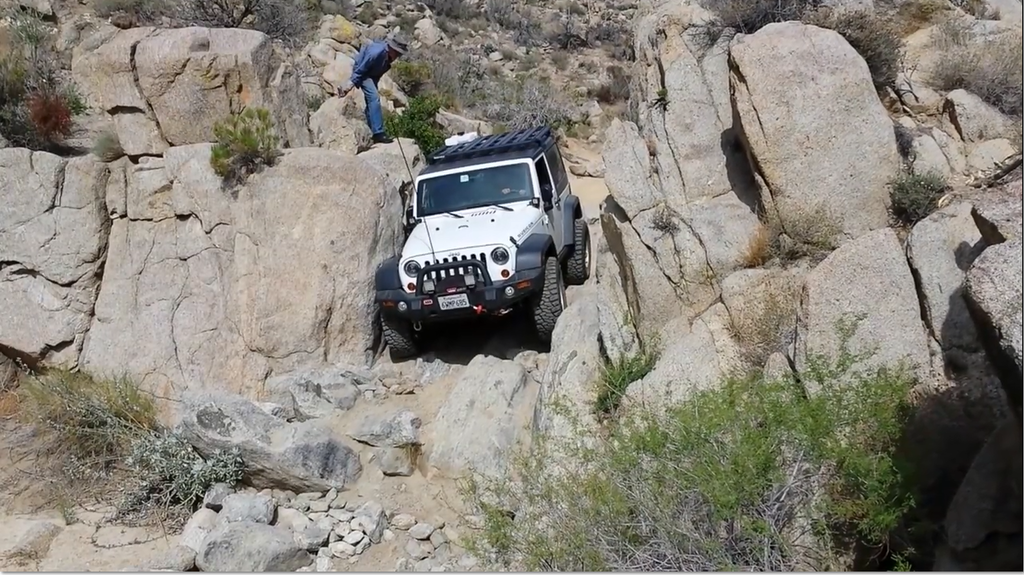 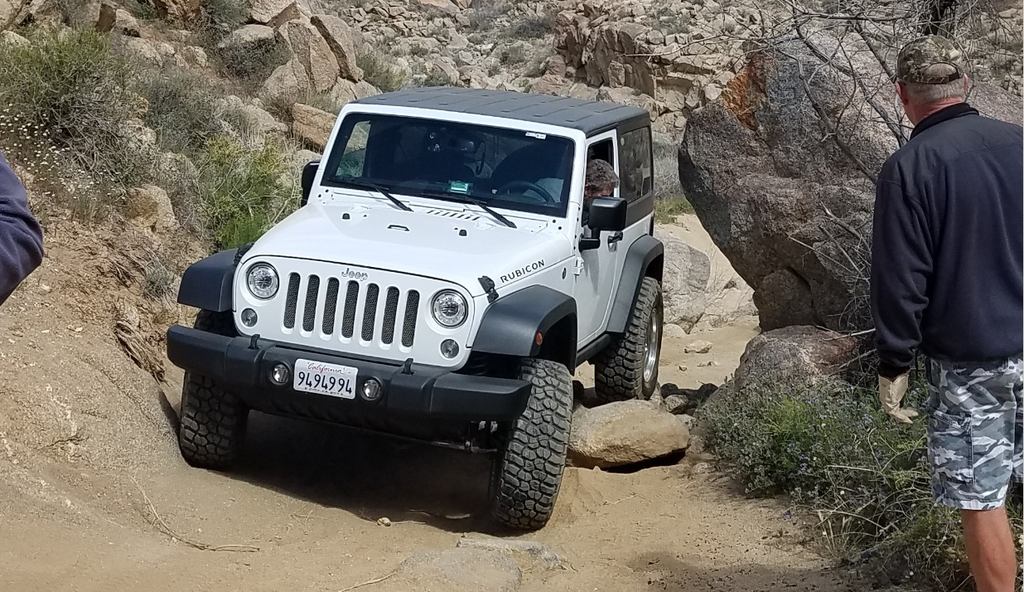 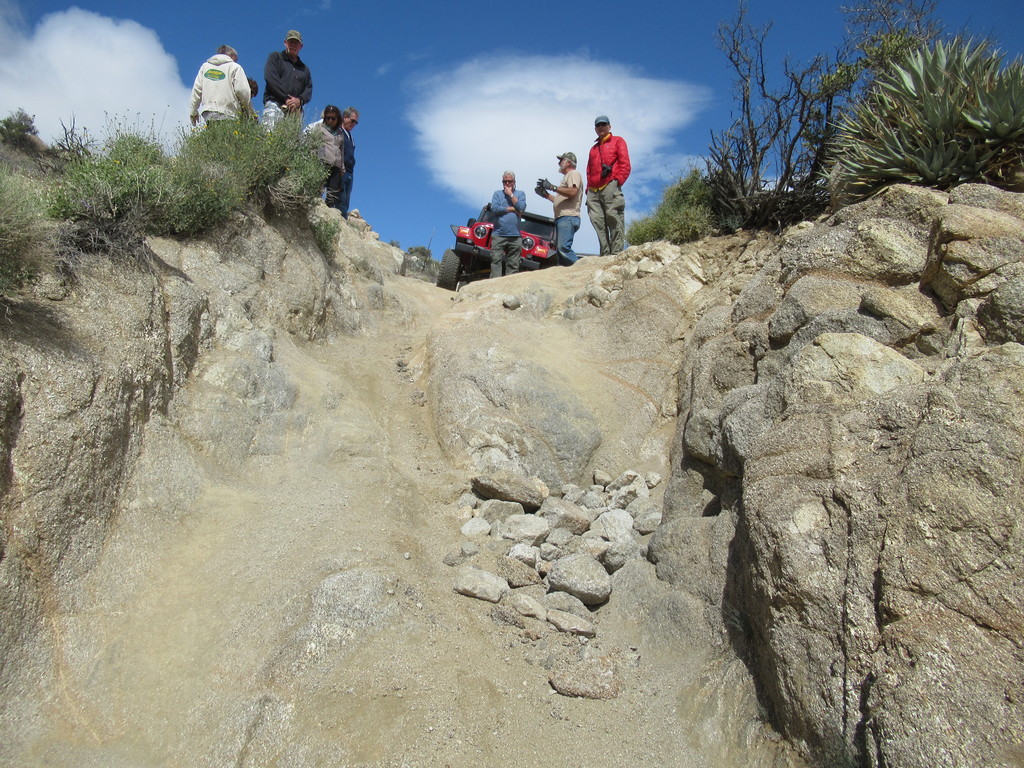 Step at the top of Heart Attack

The accident shown is clearly Driver Error.  She continued to climb the hill on the right even when it was obvious it would make her even more off-camber.  The Spotter was also in Error.  He clearly was not an experienced spotter.  Watch his hand signals before he fell down.  It was not clear what he was telling the driver to do.   I do not recommend a Spotter on this hill.  It is so slippery and very easy for the Spotter to fall and then there is a potential he will be run over.  When I take people on this trail I :

After Heart Attack Hill the rest of the trail is a 1+ difficulty.