This is a loop on the two earliest wagon roads that connected San Diego to Imperial Valley and Yuma. They are about 60 miles east of San Diego and next to I-8 where it zigzags across the county line.

The southern road was built in 1869 and the northern road in 1870. They are at places rocky, steep, narrow, washed out, shelfy, and off camber. They are level 2 to 2+. The southern road might be just a bit more challenging (and thus easier to go down that come up).

At the low area right next to I-8 are the ruins of stone walled sheep pens and some concrete troughs. We’ve see bighorn sheep in the area a couple times.

Much of the historic roads are in the Mountain Springs County Park. To get to the area you first travel on BLM routes TM019 and TM025. Then you cross a half mile stretch that is in Anza-Borrego Desert State Park.

People often combine a run of Mountain Springs with loop around the Table Mountain area or a run in the Elliot Mine area.

Both of the roads were successful business ventures. The later one more so. There was a toll booth near the spring. Traffic fell off in 1877. A railroad between Los Angeles and Yuma came into service. To get from San Diego to Yuma it was easier to drive to Los Angeles and take the train to Yuma. 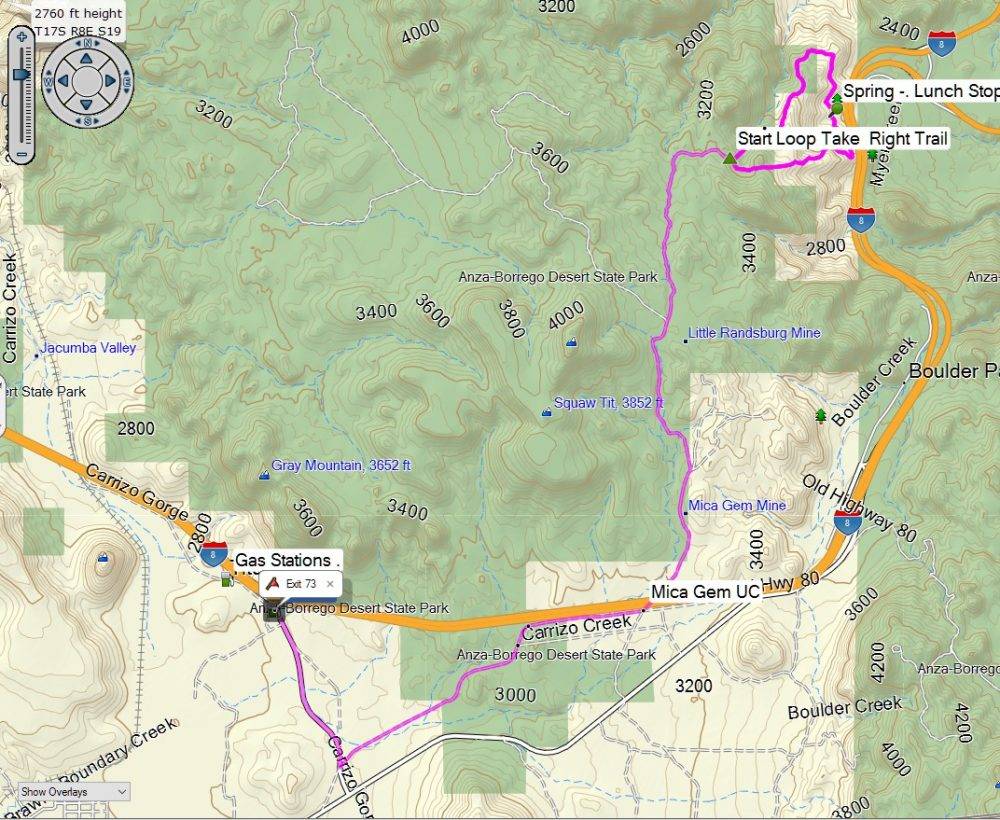 Historical information at this link and this link .

Pictures at this link .